In California, 10 of the 20 most destructive wildfires in state history have occurred since 2015. These megafires fueled by hot, dry winds and climate change seemingly blanket every late summer with gray, smoky skies and a gnawing worry among Californians that the next one might take out their home.

This season, however, was comparatively mild. “We managed to dodge a bullet this year,” says Malcolm North, a research scientist with the U.S. Forest Service and an adjunct professor at UC Davis. “Besides the Kincade Fire (in Sonoma County), there weren’t really any large, disastrous fires or not many of them, I should say. … It was a very mild fire year.”

After severe fires like the Camp Fire in Butte County in 2018 and the Tubbs Fire in Sonoma County in 2017 wreaked devastation, state officials have worked to encourage fire prevention, which Comstock’s wrote about in June 2019 (“Beating the Burn”). The nascent efforts, combined with some lucky weather, appeared to have helped. Statistics from Cal Fire show that just over 128,843 acres burned in areas it responds to between Jan. 1 and Dec. 1, down from 789,065 acres for the same period in 2018. 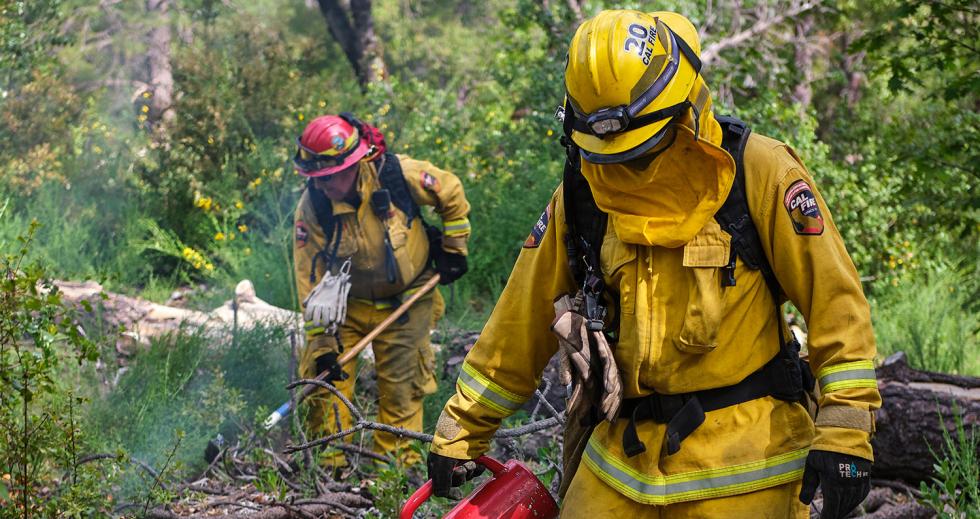 Steve Hawks, staff chief for the wildfire planning and engineering division of Cal Fire, says fewer homes were destroyed too. “I believe that’s primarily due to the wet winter that we had and the amount of snowpack that we had in the high country last winter,” Hawks says. “It really prolonged the winter as far as the fuel drying out well into the summer months.”

Former Gov. Jerry Brown committed $1 billion over five years for restoration of forest conditions and fuel reduction, to remove the amount of vegetation and small trees that can carry fire to larger trees. “The size of the problem means that even that amount of money is not going to totally address it,” North says. “But if the money is used wisely and put to the places where we have the most risk, I think it can actually make a dent in the problem.”

On Oct. 2, Gov. Gavin Newsom, Brown’s successor, signed 22 bills related to “wildfire prevention, mitigation and response efforts,” according to a release that day from his staff. Hawks says one, Assembly Bill 38, will help owners do home hardening work and create defensible space around their properties, and another, Senate Bill 190, creates a model defensible space ordinance for local jurisdictions.

“We are working incredibly hard, and everyone in the state is really committed to ensuring that this isn’t the new normal, that having the devastation that we saw in Paradise or in the Carr Fire or the Tubbs Fire (is) … not what we sort of wash our hands and … walk away,” says Jessica Morse, who Newsom appointed deputy secretary of Forest Resources Management for the California Natural Resources Agency earlier this year. “That instead, we are committed to putting in every effort.”

Morse says quick evacuations during the Kincade Fire allowed Cal Fire to be on the ground, holding fire lines and protecting homes. “Because communities were better prepared for the emergency response, you saw them have more tools and more capacity to protect people in our state,” Morse says.

Still, there’s a ways to go, officials caution. Part of the challenge is that while the state has worked hard to combat fire, the U.S. Forest Service has seen continuous budget cuts and President Donald Trump inaccurately blames a failure to rake the forest for causing the state’s wildfires. This matters, Morse points out, because 57 percent of the 33 million acres of forest land in the state is owned by the federal government.

“While we all joke about Trump sending us rakes, the reality is we do need our federal partners to have the tools and resources to manage the federally owned land responsibly in California,” Morse says. “We need to have them actually step up.”

In the meantime, officials urge residents to brace for more fires. “Everyone needs to be prepared to deal with these significant wildfires that we’ve been getting over the last several years,” Hawks says. “Because there’s every indication that they will continue into the future like this.”

North says another blaze like the Camp Fire in Paradise, which burned more than 150,000 acres and killed 85 people, is inevitable: “It’s just a matter of time.”