These days, “pivot” can mean making a change in just about any sense. A businessperson can pivot their goals to something more successful, a politician can pivot their viewpoints to avoid backlash, and anyone can “unpivot” at any time and go back to what they were doing before, though I’m pretty sure that last one is not really a word.

I spoke to local entrepreneur Sonny Mayugba, chief marketing officer of the Waitr app — which grew out of an app he launched in 2013 called Requested — to learn what he thinks about businesses that pivot.

“It’s certainly buzzy to say it,” Mayugba says. The only way to use the word incorrectly would be to say you’re going to make a pivot, he says, and then you don’t. “Or you’re like, ‘We changed our name!’ That’s not a pivot,” he says. Products can pivot, but so can people, places, ideas and visions, Mayugba says, “but a true pivot is a truly different direction.”

Actually, he says, the word is already on its way out. “It used to be buzzy,” he says, “because it meant you were making [a change], but now it just means you have no traction.” Pivoting to you may mean an exciting new chance to take your business in a new direction, but to your investors and customers, it may seem like you never really knew what you were doing in the first place. The message is clear: When pivoting, be decisive to avoid looking like you’re grasping at any lucrative straw that’s left. 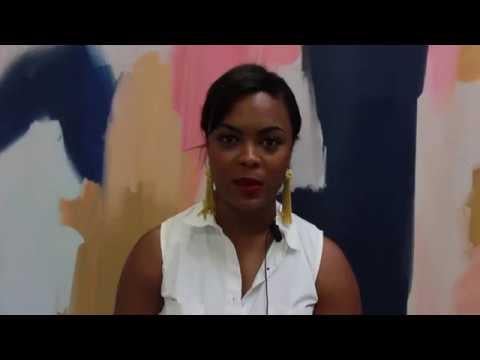 When Mayugba began pitching his app, Requested, to customers in 2013, it was like “a Priceline for restaurants,” he says. “When we launched, we realized there was a lot of confusion in using the product.” But because so few users had a successful experience with the app, Mayugba says, Requested “pivoted from a name-your-own-price, to a list of restaurants that had different offers at different times. That was a small product pivot.”

But Mayugba felt that pivot didn’t bring a fast enough change, so he and his team did a another pivot and sold to a media company in Louisiana, where it was acquired by the Waitr app. By doing a “business model pivot,” he says, Mayugba was able to save the company — and save himself a job.

Now, Mayugba spends his time between Louisiana and Sacramento, where he’s also a co-owner of the Red Rabbit Kitchen & Bar in Midtown. “Pivoting comes in a bunch of different forms,” he says. Anytime you change things up could be a pivot — just be careful about when and where you use the term, Mayugba says. You may be implying more about your business’ health than you mean to convey.

Got a word thats been buzzing around your office? Tweet us @Comstocksmag with the hashtag #WhatstheBuzz

Flexibility is a test of Leadership.

sick of all of these and most other buzz words as they become so quickly overused....ugh

There’s a whole lot of buzz lately about authenticity: authentic leadership styles, authentic brands, authentic values, authentic marketing and advertising … and on and on. By definition, something is authentic if it is genuine, real, of unquestionable origin, not faked or copied, verifiable and trustworthy.

While we primarily talk about sustainability in terms of environmental impact, the principles of sustainability apply just as much to our social and economic ecology.

“If I have to use the word ‘funnel’ one more time today, I might die. #buzzwords” — @abhinemani

Posted on Twitter by Sacramento’s Chief Innovation Officer, Abhi Nemani, on Aug. 22, this was the tweet heard ‘round the Comstock’s office. It kicked off a lengthy debate among our staff about what “funnel” actually meant.