At first it sounds like backwards thinking: revitalize a downtown area by adding miniature plots of farmland on city blocks.

Rather than focus entirely on attracting elegant boutiques and other architecturally rich amenities, officials in West Sacramento have a different fantasy — young farmers planting, hoeing and picking vegetables in gardens that would be ground out of the long-neglected motels strung along West Capitol Avenue. Residents would walk or skateboard past the farmers on their route to work or the store, maybe stopping for a quick chitchat about life on the farm.

“It would be something really cool,” says West Sacramento Mayor Christopher Cabaldon, speaking from an office in city hall just a couple hundred feet away from the proposed community gardens. “In one swoop, you’d be solving a real problem in terms of the degradation of one of our commercial corridors by an obsolete land use (the motels), and creating the supports for workforce development and job creation in the ag sector.”

The ‘growtel’, an informal city proposal that so far lacks a dedicated funding source, would alleviate a number of West Sacramento’s challenges, including urban blight, undernourishment and unemployment. About a fifth of the city’s 50,000 residents live below the poverty line, and 17.5 percent of Yolo County residents are food insecure. There is also a growing acknowledgement that conventional farming methods are unsustainable. California’s $38 billion agriculture sector is experiencing attrition despite a need for increased output. 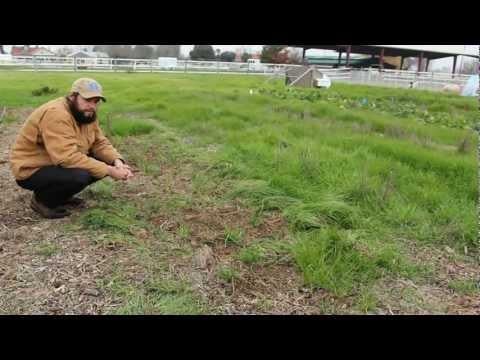 “The hard part is not convincing people to try to grow food. The hard part is showing you can actually make a living doing it,” says Dan Gannon, a 32-year-old, third-year farmer who operates a half-acre farm on the outskirts of West Sacramento.

The growtel was Gannon’s idea, and he is now working with city and business representatives to identify barriers to urban farming such as zoning and permitting restrictions. While the growtel hasn’t launched yet, a picture is emerging of how the business might work.

Some local motel owners admit the West Sacramento market is poor and would favor selling their properties. Ken Madhav, owner of the Crest Motel on West Capitol Avenue, appeared bewildered by the urban farming idea but said he would sell to the city. “I’d like to sell if it is a good price. Anyone can make an offer, and I can give it to them,” says Madhav.

Down the block, a manager at Silvey’s motel seconded Madhav’s attitude. “Everyone would sell if they had the right price,” says the attendant, who was not authorized to speak for attribution.

Dan Gannon operates Humble Roots Community Supported Agriculture, a business that allows customers to purchase a share of his farm at the beginning of the year and receive a portion of the weekly yield. Gannon is also developing an online farmer’s market that would resemble Amazon.com for local farming: Users who want eggs, for example, would select a carton from a list of local growers who advertise their location and farming techniques.

Gannon currently sells his surplus crops to local restaurants. The biggest buyer, The Eatery, markets itself to customers as a casual dining establishment that features locally grown ingredients in its burgers and salads.

“People around here now are starting to realize that (Gannon) is out there, it’s a bit more of a draw,” says Jess Milbourn, owner and chef of The Eatery. “You’re also helping him feed his family. It’s a neat feeling to be able to work with somebody that close.”

Milbourn says he cannot fill his entire menu with local organic food because it would drive costs too high for West Sacramento consumers. But featuring select premium veggies from local producers helps restaurateurs market their meals by telling a story about where the food came from. Plus it just tastes better, says Milbourn.

“When you get into extremely large-scale production, you get some tomatoes that are more green than others, some are misshapen or bruised; it just gets lost in the mix,” he says. “So the smaller production is amazing. I wish we could do more of it. I really hope the urban farming comes full circle.”

Mayor Cabaldon heralded the idea of better integrating and promoting existing food commerce during his State of the City speech in April 2012. Building off the momentum of the city’s recent acquisition of Japanese seasoning manufacturer Nippon Shokken, the mayor announced that West Sacramento would be reorganizing itself as a food-industry hub, opening communication channels between researchers, producers, distributors and consumers to find new collaborative systems.

“We are becoming a center of food, and we need to grab it by the horns,” said the mayor during his speech. That summer, city officials held a two-day meeting with local business representatives to brainstorm proposals that could expand the food hub concept. The meeting was held under the auspices of applying for a $9 million grant competition held by Bloomberg Philanthropies to create replicable, innovative solutions to an urban problem. West Sacramento ultimately lost the competition, but the city and business representatives want to further develop a few of their proposals, the most popular being the growtel, Cabaldon says.

“We’re in the most productive agricultural valley maybe in the world, and we want to draw closer connections between urban life and that legacy,” he says.

Alternative farming methods are starting to be seen as an economic necessity. Whether or not they grew up on a farm, young Californians are increasingly viewing conventional farming as a poor investment due to foreign competition and other macro-economic challenges, like the rising price of gas, explains John Young, Yolo County’s agricultural commissioner. Would-be farmers must also pay for land and equipment, fill out stacks of regulatory paperwork and develop relationships with distributors who are often wary of startup operations.

“There’s only so much time in the day, and they run out of time to get all this stuff done,” Young says.

As an alternative, urban farming shuns industrial production methods for a more elemental approach. For example, livestock eats away at rotting crops instead of clearing it out with heavy machinery. The small-scale approach is appealing to newcomers because startup costs are minimal, and crops can be sold directly to consumers through farmers markets and other means, like Gannon’s forthcoming New Farm website.

“Here is one place where you can support new farmers who specifically need your support,” says Gannon, speaking about his New Farm website. “If you don’t support them now, they won’t be around in 10 years. By now, most people identify that it is self-preservation.”

In essence, the idea behind the growtel is a natural next step in the sustainable farming movement. Proponents believe the degraded, overabundant motels on West Capitol Avenue could be torn up in order to plant seeds that would grow into fresh and vibrant produce to sell directly to consumers online or at farmers markets and restaurants.

Urban farming stokes interest in food at every level, says Gannon. While studying microbiology at UC Berkeley about a decade ago, he worked in the university’s garden and held classes and food demonstrations for the surrounding neighborhood, where he says he grew a greater appreciation for how communities interact with their food. Gannon’s ideas are now growing roots in West Sacramento, a city that has long struggled under the paradox of being an agricultural powerhouse with a population that faces poverty and food insecurity.

For more information, check out Dan Gannon’s online farmer’s market at anewfarm.com and the West Sacramento Farmer’s Market, which runs on Thursday afternoons from May to September, wsfarmersmarket.com.

Lovely scenery along gently rolling foothills has always made Yolo County an ideal place for cyclists, but who knew everyone took it so seriously?