Back By David Bunker

As Otto Construction’s Mike Feuz flips through the list of his company’s current projects, a pattern begins to emerge.

It’s a pattern likely repeated in construction inventories across the Capital Region: long on public and institutional projects and almost completely free of residential and commercial building.

“It’s not a pretty time right now,” says Feuz, the company’s president, “but we’d all be in a lot worse shape if it weren’t for public works.”

The Sacramento region’s construction industry has something of a split personality these days, twisted between a horrendous residential and commercial building market and the surprisingly buoyant public, medical, gaming and institutional sectors.

The collapse of the real estate markets caused the local construction work force to shed 10,900 jobs in 2009, and according to the Center for Strategic Economic Research, the labor force in construction was further reduced by an estimated 28 percent in the first quarter of 2010. But almost as swiftly as home building crumbled, public and institutional work has quickened pace. Across the Sacramento area, about $2 billion in public and institutional projects are under way, including expansive projects for the Sacramento International Airport and the UC Davis Health System.

It’s a bit of fortuitous timing that some of the largest construction projects in the city’s history are kicking off during the depths of one of the building industry’s darkest slumps. And while the lineup of mammoth construction projects across the Sacramento area can’t singlehandedly save the industry, it has put it on life support while building the groundwork for new jobs.

The 669,000-square-foot terminal will feature a 19-gate concourse and 40,000 square feet of concessions, and allow the terminal to handle up to 10 million passengers annually. It will replace the existing Terminal B built in 1967, which is one-third the size of the new structure.

Otto Construction, a Sacramento industry stalwart since the 1940s, will complete about $15 million worth of work on the project. Feuz says the company has slashed nearly 40 percent of its work force during the past two years, so “right now any project is a significant project for us.”

But the Big Build is not just significant to Otto Construction and its other contractors. A project of such breadth and scope affects the entire economy. According to the Center for Strategic Economic Research, infrastructure and public works projects such as the Big Build create more than 12 jobs for every $1 million spent, and produce more than $825,000 in induced and indirect activities. This is a significantly higher job creation rate and economic effect than residential or commercial construction.

The Sacramento County Airport System calculated that the Big Build project would have an economic impact of $2.1 billion during construction. Following construction, the eventual increase in air traffic and associated activity at the airport would result in the addition of  $2.6 billion to the economy, add 16,500 new jobs and funnel nearly $735 million in labor income to Sacramento residents, Doron says. That projection was anticipated by 2020, but lower-than-expected air traffic has pushed that estimate back, she says.

The district of Sacramento County Supervisor Roger Dickinson includes the airport. “This is a project that is clearly keeping a lot of people employed who otherwise wouldn’t be,” Dickinson says.

Both Dickinson and Feuz say the increase in public-sector construction is part of an endless cycle in the industry. Residential and commercial booms spur population growth, and each peak in population spurs a new round of public and institutional work to update and expand the necessary services and infrastructure.

“There is a 10- to 12-year cycle in the construction industry,” says Feuz, who started with Otto Construction in 1981 as an apprentice carpenter and has watched the industry’s ebb and flow since.

But politicians like Dickinson hope public projects are not just a response to a growing population, but also a driver for future growth. As the region’s infrastructure and transportation networks upgrade, the area will become more attractive to business and residents, Dickinson says. He says a light-rail extension to Consumes River College and other public projects is integral to the area’s future growth.

“There is a lull in population growth right now, but I think it will begin to accelerate in the not-too-distant future,” Dickinson says. “By the time [public projects] finish off, I think the private economy will be picking back up.”

Other bright spots in the otherwise dismal economy have been the medical and education sectors — the only ones to show any growth during the current recession, according to the Center for Strategic Economic Research. Although growth has been meager, plodding along between 1 percent and 3 percent, when compared to widespread job losses in other sectors, any growth is significant.

The UC Davis Health System, a melding of the education and health sectors, is another area where construction is leading to job growth.

Between the hospital expansion, cancer center renovation and new Telehealth Resource Center, the university is in the middle of $650 million in construction projects in Sacramento. “These last several years have been particularly busy,” says Tom Rush, UC Davis Health System’s manager for facilities design and construction. “We have a continual stream of work into the foreseeable future.”

There are several factors spurring the building boom for the health care provider. California Senate Bill 1953, which requires that hospitals meet seismic safety standards, has prompted some of the projects. Others are a response to the regional growth and technological advancements in the medical field, Rush says.

The Telehealth Resource Center, a $36 million center on the cusp of construction, is a direct response to technological advancements. Telehealth allows specialists centered in an urban hospital to advise doctors in a rural area on procedures or conditions. It also can allow for the remote monitoring of patients. The idea is to give rural hospitals equal access to specialists in urban areas.

“I think we are seeing a tremendous amount of attention being paid to health technology,” says Jana Katz-Bell, assistant dean for interprofessional programs for the health system. “Organizations are seeking ways to increase access and distribute specialists.”

The telehealth project, funded by Proposition 1D, will employ approximately 50 to 60 workers over 20 months of construction, Rush says.

Across town, the city’s largest cultural project to date — the $100 million expansion of the Crocker Art Museum — is in its final stages.

“We are one of the few museums across the country that are adding positions rather than cutting positions,” says LeAnne Ruzzamenti, spokeswoman for the museum.

More than 1,200 workers have been a part of the intricate construction, Ruzzamenti says. The 100,000-square-foot wing that opens in October 2010 will triple the museum’s size and hold 15,000 works of art.

Redwood City-based Rudolph and Sletten, which has offices in Roseville, has worked with 70 subcontractors to complete the project.

“We’ve been out here since the middle of 2007, and at that time the full effects of the economic downturn were not felt,” says John Home, a senior project manager with the company. “As the downturn progressed, we felt very fortunate to be on a three-year, high-profile project in the middle of the city.”

Rudolph and Sletten has worked at the medical center in the past and built Red Hawk casino. Home says the medical, hospitality and gaming sectors are bright spots for the industry.

Gaming gave the Sacramento construction industry another boost with the ongoing 12-story hotel project at Thunder Valley Casino, which follows a recent hotel project at Cache Creek Casino and the construction of Red Hawk casino. The United Auburn Indian Community, which runs Thunder Valley, is also adding a spa, pool, entertainment center, parking garage and expanded gaming to the casino.

“There are 500 construction workers out there as we speak working with over 1,000 suppliers,” says Doug Elmets, a spokesman for the tribe. “The absolute intent is for the project to be a boon to the local economy.”

Lincoln Mayor Tom Cosgrove says that while the casino is not part of the city, and contributes no taxes, the revenue from construction and a hotel that will draw more destination visitors rather than daytrippers are great boosts to the city’s economy.

“The timing couldn’t be better,” Cosgrove says. Once construction is complete, “people will spend time here and go out and visit the local community. It’s the difference between a visit and a stay. It brings more life to the region.”

Rudolph and Sletten is wrapping up construction at the Crocker Art Museum and preparing to wade back into an increasingly competitive and pared-down construction marketplace. Like other companies, such as Otto Construction, which is working on a $185 million California Lottery Headquarters, Rudolph and Sletten is holding onto any work it can get — most recently a $5 million contract to build an interim Greyhound bus terminal on Richards Boulevard — and hoping that the few sweet spots they’ve found in hospital construction, gaming and public/private partnerships holds out until the rest of the industry turns around. 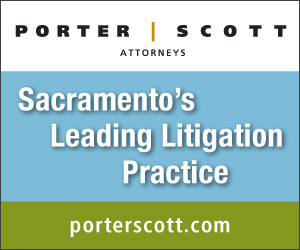