The last 18 months have been good to Placer County. While a solid snow season in the north county is alone cause for celebration, those in the tourism and hospitality industries in south Placer County — particularly in Rocklin, Roseville and Lincoln — are celebrating for an entirely different reason: 2015 ushered in record-breaking tourism numbers, and officials are determined to maintain the momentum.

Based on Placer Valley Tourism historical annual report data, the last time the area celebrated a strong year was back in 2006 — when the average daily rate was $99 and the average occupancy rate was 69 percent. The hospitality uses these two metrics to measure both success and profitability. They are then multiplied to create the revenue per available room, also known as the “RevPAR.” In 2006, the PVT boasted a RevPAR of $68.03, well above the national hotel industry average of $61.79.

Shan Fazeli, has been the managing member of International Suites LLC, which owns the Holiday Inn Express in Lincoln, since 2010. He says that it was difficult to invest in the area during the recent economic downturn. “When we purchased the hotel, it was a bad year for the hospitality industry, a bad year for the country, a bad year for the economy, and we were just trying to understand what was going on,” Fazeli recalls. “Compared to where we started in 2010, we’ve had an [overall] improvement of 80 percent.”

During the recession, hotels in PVT’s district faced a unique problem as they also looked to navigate an uncertain national economy. “What this area had was sort of a double whammy,” says PVT CEO David Attaway. “Because of [previous] development in the area, we had a significant amount of capacity increase. At the same time, demand decreased, resulting in a significantly reduced occupancy for the area. That kind of fierce competition created a real decline in rates.”

Sure enough, between 2006 and 2012, the area saw a 42 percent increase in hotel rooms available. Due to the sheer number of rooms available, the occupancy rate for hotels in the PVT’s district dropped to 48.3 percent in 2009 and the average daily rate dropped as low as $77.74 the following year. RevPAR in 2009 dropped precipitously below the national average to $40.35.

Fazeli is not alone in seeing a vast improvement in recent years. A stronger economy has brought more business travelers to the area, along with sports, retail and other event travel, resulting in the leveling out of both the supply and demand sides of the industry. According to PVT’s annual report data, the 2015 average daily room rate shot up to $99.69 — nearly $20 more than the average daily room rate at the low point of the recession — and the occupancy rate increased more than 70 percent, resulting in a RevPAR
of $70.88. 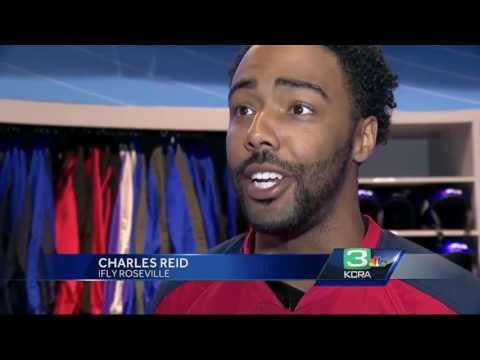 According to a number of hoteliers in Rocklin, Roseville and Lincoln, the success seen in 2015 is a result of increased demand from multiple markets — including retail, sports activities and corporate travel. Ron Berger, regional general manager of the Heritage Hotel Group and a PVT board member, notes that having a tourism agency to fill the gaps in occupancy with groups associated with events, conferences and other activities is critical. “Rocklin and Roseville, together with PVT, have recognized the needs of area hotels and have focused on those shoulder periods of the week — and even the shoulder months — to bring groups in and try to fill those voids,” he says.

Similarly, Pillar Hotels’ Regional Director of Operations Jessica Sacci, who is also PVT’s board chairwoman, notes a combination of factors. “Our hotels have been successful on the corporate side. We have seen a lot of growth into the market with not only the corporations that are here, but because there is so much retail growth, restaurant growth and other things coming into the market,” she says.

In recent years, PVT has focused its efforts on attracting weekend sporting events, religious events and conferences associated with the larger churches in the area and creating partnerships with educational institutions, including an agreement with William Jessup University to bring its baseball program to McBean Park Stadium in Lincoln.

When it comes to filling rooms on the weekends, Sacci also cites the crucial influx youth sporting events bring to the area. “One of the biggest things that has moved the needle for us is the ability to enhance existing facilities through the PVT grant programs,” she says. The grant programs vary in terms of the types of enhancements that can be made and how much funding is available, but Sacci says the strategy helps fulfill a need. “We can’t build new facilities every day so we need to look at what we have and try to make our existing assets fit the pieces of business that will come into the market. We’ve been able to grow swimming events, basketball events and softball and baseball events by enhancing
existing facilities.”

The positive feedback and record-breaking numbers have PVT officials celebrating for now, but Attaway says they recognize the need to leverage this positive momentum into future growth. To that end, the 10-field, artificial turf sports complex planned for construction in late 2016 is arguably the most significant effort. The opportunity to play on the turf fields during the winter months — when most of the current natural grass fields are closed — allows for year-round event programming.

With the recent successes, Attaway says he is encouraged to see the cities reaping the rewards alongside hoteliers. Placer hotels sold just under 600,000 room nights in 2015, resulting in $60 million in direct economic input, as well as an additional $100 million in expenditures in dining, shopping and entertaining. Additionally, area hotels generated approximately $3.1 million in occupancy tax revenue for Rocklin, Lincoln and Roseville in 2015, resulting in the “highest numbers,” Attaway says, that south Placer County hotels have
ever seen.