Can Google know if you’re sick before your doctor does? A paper published in June in the Journal of Oncology asked just that — and surprisingly, the answer was yes.

The researchers looked at the search queries of people with a recent diagnosis of pancreatic cancer. Months before their diagnoses, some of them were running search queries about early symptoms like yellowing skin and abdominal pain. Those queries, the researchers concluded, could be used to spot and provide early treatment in 5-15 percent of pancreatic cancer cases. Early treatment can double five-year survival rates.

Of course, the search engine itself reveals nothing — it’s the data expert running the numbers who teases out correlations like that. Demand for the services of data scientists who develop complex analytic tools, and for the data analysts who use them to interpret huge quantities of data, will soar through at least 2024, according to federal government projections. To meet that surge, the University of the Pacific in Stockton recently launched a Master of Science in Analytics program.

The program emerged from the school’s conversations with Northern California employers about the need for more staff with data analytics skills. To lead it, they nabbed Rick Hutley, who had retired from Cisco Systems with the fantastic title of “Vice President of the Internet of Everything.” Classes started on the university’s San Francisco campus in fall 2015 and will begin in Sacramento in January 2017.

Hutley says every industry will need data analytics skills. “It’s no secret that data is the way of the future,” he says. “We’re moving out of the technology era and into the age of data.” The makeup of the program’s San Francisco students reflects that reality; many have math, computer science and engineering degrees, Hutley says, but there are also students with backgrounds in dentistry and marketing, and even a creative writer. The San Francisco campus has 15 students this year and will add 20-25 in the second year. On the Sacramento campus, the school expects about 20 students starting in the January 2017 semester.

Heather Steich, a 31-year-old dental hygienist who works in a small San Francisco practice, thinks big data will change her industry and enrolled to be part of that change. Researchers are already using electronic dental records to amass data on treatment and patient outcomes to improve dentists’ decisions. For example, a dentist might soon be able to use the results of saliva testing to find out whether a patient is more likely to develop cavities earlier — and then recommend cleanings on a personalized schedule, Steich says. 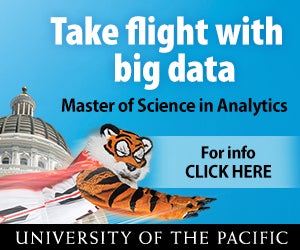 SMUD was among those businesses talking with the school about the need for graduates with data analytics skills. Utility companies are figuring out how best to use the massive amounts of data pouring in through their new smart meters to increase energy efficiency and cut costs for customers. SMUD and other utilities are in something of a race with companies like Nest Labs and security companies to develop products that help customers tailor their energy use and save money, says Susan Wheeler, Workforce Pipeline Planning and Education Relations Strategist at SMUD. “Today the challenge isn’t to collect data but to use the data that you have.”

That means the competition for those with data analytics skills will be fierce. Glassdoor shows data scientists with a 2016 median base salary of about $117,000, and the job is rated at the very top of the website’s “25 Best Jobs in America.” A McKinsey & Company study projects that by 2018, the supply of “deep analytic talent” — people who can crunch and interpret big data — could outstrip supply by 50-60 percent.

SMUD is strategically planning now for the number of data analysts and data scientists it will need in the coming years. While it doesn’t yet have a firm number, in the next three to five years the company will need “at least a handful” of employees specializing in customer analytics, grid planning and operations, says Laurie Rodriguez, SMUD’s director of human resource services.

Pacific isn’t alone in offering a data science degree — at least 67 schools around the country also do, including Stanford and UC Berkeley. But Hutley thinks Pacific’s program is unique in that it wasn’t created by combining courses from existing programs like computer science and math — the school designed the program from the ground up with new courses specific to data analytics. It’s also tailored to working pros, with live, online classes on weekday evenings and in-person sessions on Saturdays.

During their last semester, students will do a final project in which they’ll work with industry professionals to solve a real-world problem. Hutley is in discussions with major corporations and institutions throughout the Sacramento and Bay areas to secure formal agreements for those projects — including Intel, the Metro Chamber of Commerce, Cisco, Kaiser and Google. Companies, he says, “recognize the importance of recruiting these skills and seem eager to snap up our students.”

The present state of big data means a promising future for those with the right skills, says Hutley. But it also may be perilous for companies who fail to use the information effectively. “For firms, the ability to make sense of their data will be the main determinant of success moving forward,” he says. “If you can’t process data, you’ll be at a significant disadvantage.” 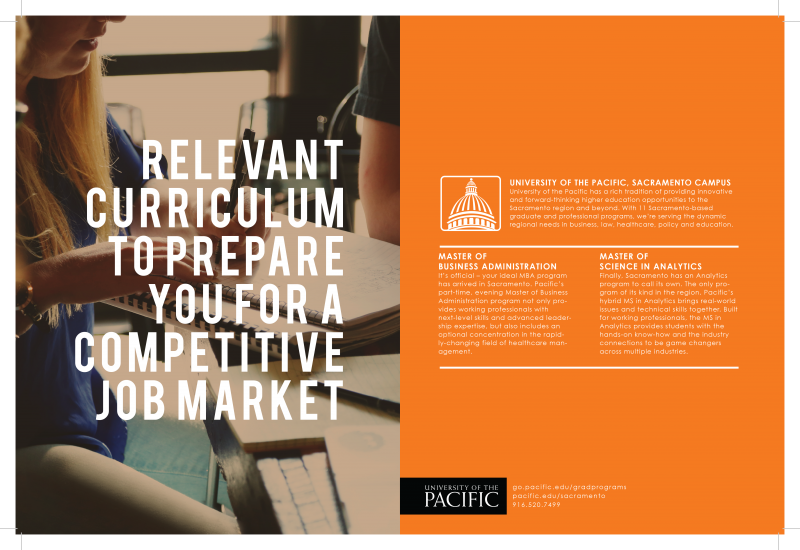