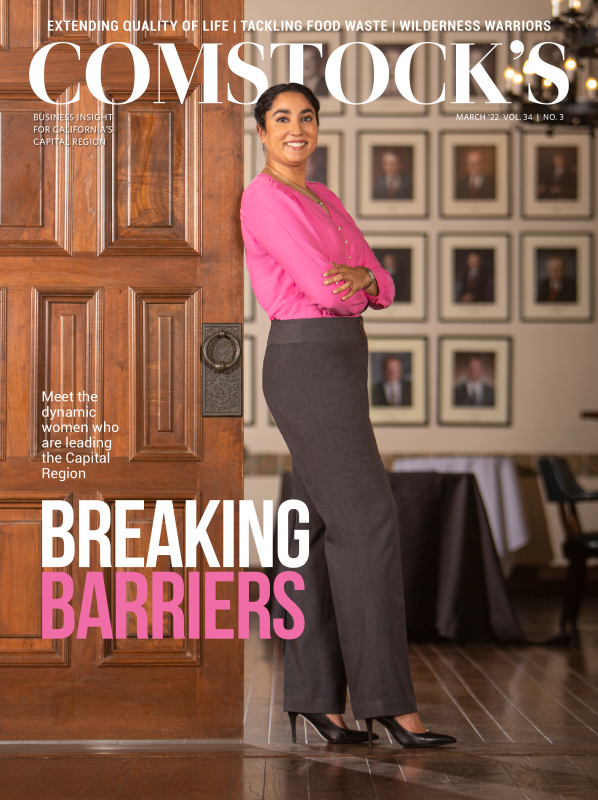 Nicole Elliott never thought she would have a career in cannabis. But now her job is to oversee the licensing and regulation of a multibillion-dollar industry without a roadmap.

When California’s Proposition 64 legalized recreational use and sale of marijuana in 2016, the state became the nation’s largest testing ground for future legislation around this new industry. In 2021, Gov. Gavin Newsom combined three regulatory agencies into one — the California Department of Cannabis Control — and appointed 36-year-old Elliott as its director.

“The work that we’re doing in this space is a massive social experiment, and I think the state of California is probably one of the largest cannabis social experiments because we have such a large market,” says Elliott, who leads 400 employees throughout the state. “We’re creating something that is really solely reserved for the state of California. … If we’re doing our jobs right, we’re seeing the creation of legitimate businesses that don’t have to operate in fear of enforcement. We’re seeing tax revenue invested into things that matter for people and communities.”

“If we’re doing our jobs right, we’re seeing the creation of legitimate businesses that don’t have to operate in fear of enforcement. We’re seeing tax revenue invested into things that matter for people and communities.”

In 2021, the cannabis industry generated over $1 billion in state tax revenue, Elliott says, and those dollars were invested back into communities in “really laudable ways.” That includes $50 million annually for community mental health treatment, substance abuse treatment and youth services.

Prior to her current position, Elliott had served as the governor’s senior adviser on cannabis since 2019, and before that she was director of the Office of Cannabis for the General Services Agency of the City and County of San Francisco from 2017 until 2019.

Raised in Meadow Vista in Placer County and graduated from the University of San Francisco with a degree in sociology, Elliott got her start at San Francisco City Hall in 2009, interning at the office of then-mayor Newsom while bartending to make ends meet. From there, Elliott “meandered” up the career ladder to arrive at a leadership position implementing new cannabis legislation in San Francisco.

“That process happened in such a short period of time. In hindsight, it’s incredible it all got done,” says Elliott, who remembers spending nights at City Hall “living, eating and breathing” her work. “I was passionate and wanted to see it be successful. It’s incredible moving something so enormous through such a large bureaucracy.”

Now, the scale is even more massive, though the job is largely the same. It was Elliott who advised the governor to merge several cannabis departments into one, though she didn’t initially envision herself as the director.

As with most leaders, the pandemic has forced Elliott to forge new paths to efficiency. One aspect of that has been setting aside minutes to meet with employees at all levels and spotlighting input from those who work in the field. As a leader, she hopes her team would describe her as human, someone who makes time to carve out connections and prioritizes integrity.

Much of Elliott’s education in leadership came from her time working for former San Francisco Mayor Ed Lee, who died suddenly while in office in 2017.

“Obviously, it still impacts me today. It was just a really visceral example of how we take for granted moral leadership and what we lose when it’s taken away,” Elliott says. “It’s a good lesson that some leaders are special, and the work that we do can be fleeting.”

From the corporate world to the nonprofit, entrepreneurship to mayorship, Krista Bernasconi is fueled by her passion for public service.

Khemia Manufacturing’s Mindy Galloway says her company is almost halfway through a $1 million seed funding round.