The process of starting a business on a shoestring budget without external help or capital. Such startups fund the development of their company through internal cash flow.

I often wonder where such idioms as “pulling yourself up by your bootstraps” come from. For me, the phrase conjures up images of cowboys and hard work. It means starting with little or nothing, and getting riches or success through your own blood, sweat and tears (another idiom I’m not sure I want to know the province of.)

In business, the word has a similar meaning — though not necessarily involving cowboys. Take, for instance, the women’s undergarment company Spanx, which started with the founder’s $5,000 in savings … and had an estimated $400 million in sales last year.

But slow down, cowboy: Bootstrapping is a lot harder than it sounds. “I think it means that if you’ve taken any external money, you can’t call it bootstrap,” says Eric Knopf, co-founder of Webconnex, a Sacramento-based event and fundraising software company. The company claims right across the top of their website: “We’re small, privately-held, bootstrapped and kicking butt.”

Yes, foregoing external money is the first step. But putting in hundreds of thousands of dollars of your own money doesn’t count as bootstrapping either. To earn the title, you have to work for it: stretching a shoestring budget as far as it can go, and often making sacrifices like not renting office space until absolutely necessary. You might have to get creative, like using money gained from customer pre-orders to fund the manufacturing of your product. 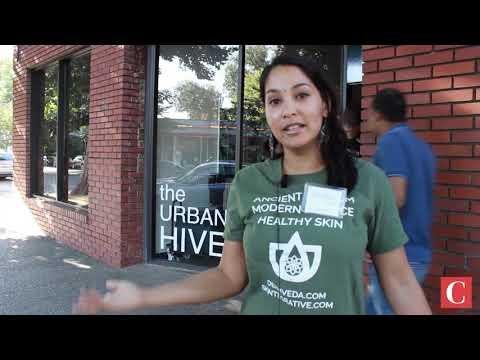 Webconnex was bootstrapped because its founders put only a small amount of their own capital into launching the startup, and didn’t rely on venture capitalists or significant angel investors. “We had no outside funding,” Knopf says. “We just kind of hustled and got it started.”

Moving a startup from an idea into a minorly profitable state on a tight budget is an accomplishment. Because those founders use sweat equity, ingenuity and hard work to get their business running, using the term comes with a sense of pride. Knopf says his greatest contribution to the company was actually the endless hours and work he put into his product. (The Webconnex platform recently passed $1 billion in sales).

“Some people just think it means that you haven’t taken any money from VCs,” he says. But at Webconnex, Knopf and co-founder John Russell “started it up from the side, had slow growth, built motion and its growth was fed by its own early profits.” That’s really pulling yourself up by your bootstraps.

Bootstrappers may also find that their business does better in the long-run: By not relying on outside investors, bootstrapped business founders have undiluted control and equity over the future of their company. They’ve had to solve problems on their own, and have learned about the careful management of their money — which is valuable over the lifespan of a business, not just the startup phase.

Got a word thats been buzzing around your office? Tweet us @Comstocksmag with the hashtag #WhatstheBuzz

Couldn't have said it better myself. Just kidding, I really had no idea what this meant before reading the article you so eloquently produced. Cheers Mate!

A company, usually a tech start-up, without an established performance record, but with a stock market valuation estimated at more than $1 billion.

There’s a whole lot of buzz lately about authenticity: authentic leadership styles, authentic brands, authentic values, authentic marketing and advertising … and on and on. By definition, something is authentic if it is genuine, real, of unquestionable origin, not faked or copied, verifiable and trustworthy.

While we primarily talk about sustainability in terms of environmental impact, the principles of sustainability apply just as much to our social and economic ecology.