The market conditions preceding a bubble, where prices are overvalued and driven up, thanks to unsustainable demand.

I refuse to let anyone ruin “frothy” for me. You know what’s supposed to be frothy? Cappuccinos. Milkshakes. Seafoam-crested waves breaking on the shore. These are all nice things. You know what’s not nice? Unsustainable demand, unpredictable investor behavior and eventual market collapse.

And yet, here we find ourselves again, contemplating the ever-evolving nature of the English language. Jargon has taken this perfectly pleasant adjective — frothy — and forced it into working as a canary in the coal mine.

I don’t know how long frothy has been used to describe the phenomenon, but the concept has been around for as long as there have been markets: The famous Dutch “Tulip mania” in the early 1600s saw tulip bulbs traded for more than 10 times the average Netherlander’s annual income — only to fall to 1/100 the price within weeks of the market dropping out, sending economic shockwaves throughout Europe. 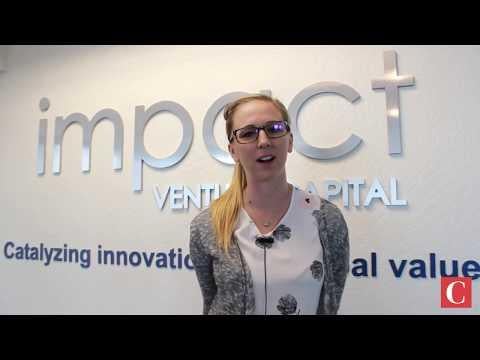 People use the word frothy to describe uncertainty in the market — basically, the time period or conditions before a bubble bursts, according to Steven Mills, general partner of DCA Capital Partners, an investment firm based in Roseville. “Some people would say tech companies are in an overpriced market,” he says. Recently, when companies such as Uber, Snapchat and Blue Apron went public, they were valued at much higher initial offerings than the companies were worth, leading to a drop in value once the market stabilized.

Snapchat’s IPO was at $17 when it went public last March. Today, Snap Inc. is trading around the $12 mark, and posted a $2.2 billion loss, according to The Motley Fool, and as a result its biggest underwriter, Morgan Stanley, recently downgraded their shares. (Bubbles are great until the one you’re sitting on pops.) Snapchat was unable to prove how they’d be able to grow, but had already offered their IPO at a falsely-high rate leading to a drop once the shares were revalued at a more realistic price — a warning for any other tech company blinded by dollar signs that go public too soon.

The most relevant modern-day example of a frothy market would be the U.S. housing market from 2005-07 — right before that bubble burst to terrible, nationwide consequences. Home prices peaked in 2006, but dropped suddenly and sharply in 2008 due to bad lending practices. This is widely considered the primary cause of the Great Recession.

“Frothy means asset prices are priced above their value, when there really isn’t a performance consistent with that value,” Mills says, of the housing crisis. “Obviously, those values were not sustainable.”

So be wary of froth, save some money and think critically about your investment practices.

Got a word that’s been buzzing around your office? Tweet us @Comstocksmag with the hashtag #WhatstheBuzz

An ability to invest time and energy in systems that allow small businesses to grow while still handling increased demands.

The process of starting a business on a shoestring budget without external help or capital. Such startups fund the development of their company through internal cash flow.​

A company, usually a tech start-up, without an established performance record, but with a stock market valuation estimated at more than $1 billion.