Since the pandemic hit, IT professionals have been nearly as important as teachers in keeping online classes going at schools. But in San Joaquin County, retaining IT personnel in school districts is a huge challenge — once they learn their jobs, they often move to Silicon Valley for better money, says Pam Knapp, director of college and career readiness at the San Joaquin County Office of Education.

About two years ago, she was meeting with the county’s workforce development board to figure out how to launch new apprenticeships in the wake of a state push to ramp up apprentice numbers. One idea they hit on: Why not get high school students to help districts with tech challenges through an IT apprenticeship? The districts could get the help they needed, and the teenagers could get something as valuable as a college degree in computer science: paid, on-the-job training in an in-demand field. Because today’s youth grow up as digital natives, the idea would seem to make sense — one British study found that 6- and 7-year-olds are better at digital technology than adults between the ages of 45 and 49.

Experts on the Capital Region’s economy see solving the worker-employer talent challenge as one component of the region’s long-term success. The proportion of jobs in the region that require high-level digital skills quadrupled from 2002 to 2016, according to a 2018 report from the Brookings Institution. (Brookings defines the region as Sacramento County and five counties to the north and west.)

Data from the state’s community college system shows that in greater Sacramento — defined as a seven-county region that includes Sacramento County and six counties to the north and west — demand for a number of middle-skill jobs will grow substantially by 2024. Openings for solar panel system installers, for example, will rise by 82 percent and for radiologists by 9 percent — jobs that pay between $23 and $58 an hour. And most in those roles don’t have four-year college degrees.

Many experts see apprenticeships as the best way to match people looking for jobs with those that are in demand. A U.S. Department of Commerce study in 2016 assessed the rate of return on 13 apprenticeships in a variety of occupations. A program that trained medical assistants in a New England hospital system had a 40 percent return on every dollar invested. Another for machinists run by Siemens USA earned 50 percent.

The 13 sponsoring companies or organizations were unanimous in their support of apprenticeships and cited increased productivity, reduced turnover and better soft skills among those they trained. Almost no one reported losing apprentices to poaching by competitors. “Apprenticeship is one way,” says Michael Prebil, a policy analyst at the Washington, D.C.-based Center on Education & Labor at New America and co-author of a report on California’s apprenticeship push. “It is not the only way. We do think it is probably the best way.”

“Apprenticeship is one way. It is not the only way. We do think it is probably the best way.”

But in recent history, apprentices have been used almost entirely in construction and firefighting in the United States. In his run for governor, Gavin Newsom set a goal of 500,000 apprentices in the state by 2029, five times the number now. To get there, the state is trying to convince companies to adapt the existing apprenticeship playbook to land talent for hard-to-fill jobs in areas like IT, health care and manufacturing.

At San Joaquin County’s Ripon School Unified School District, IT Supervisor Edward Ellis is working with two apprentices, both students from the district. After three weeks of training every day after school, they started helping out: setting up computers, unpacking inventory, managing and repairing Chromebooks, providing on-site IT help to teachers.

This summer, they’re working 20 hours a week, and in the fall, they’ll enroll at San Joaquin Delta College for IT courses, taking six courses total by the end of the three years. They’ll end up with a state-issued certificate of training — and no college debt.

“I want them to be able to go to any of the big companies out there — Apple, Google, IBM, Microsoft — and be able to say, ‘Look, I went through this program in California. You don’t have to worry about training me on any of the basics,’” says Ellis, who came to the district from Apple.

“I want them to be able to go to any of the big companies out there — Apple, Google, IBM, Microsoft — and be able to say, ‘Look, I went through this program in California. You don’t have to worry about training me on any of the basics.’”

Employers new to the space are using the system to build a talent pipeline. Starting in 2016, Dignity Health was having trouble filling jobs for specialized medical coders who deal with complex surgical procedures. So Dignity worked with the Education Fund, which is a partnership between employers, unions and others, to set up an apprenticeship program to train entry-level coders into higher-level positions. To date, Dignity’s program has produced at least 10 specialized coders in Sacramento, says Rebecca Hanson, executive director of the Education Fund.

Transportation and logistics companies have scrambled to find talent, especially since the pandemic hit. Surplus Service, a recycling and refurbishing company in Fremont, launched an apprenticeship program about three years ago. 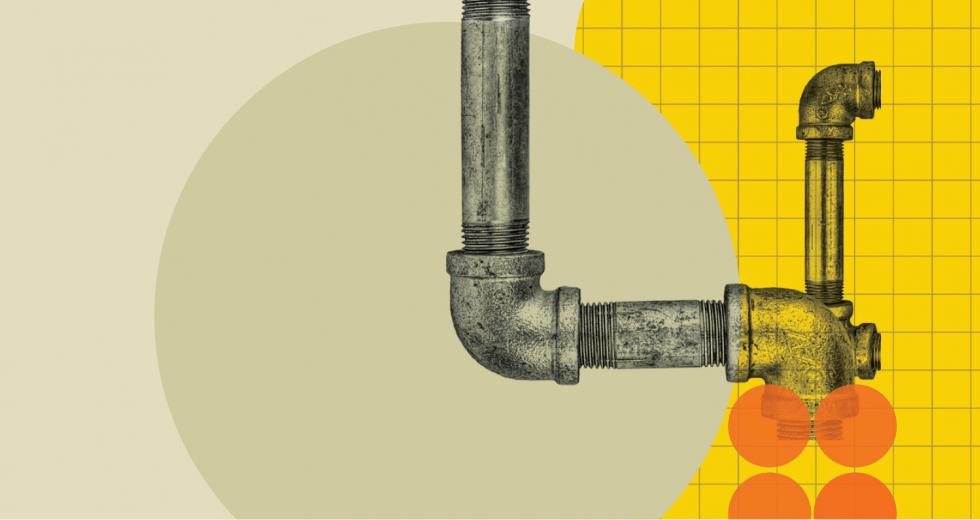 To learn how Sacramento's advanced manufacturers are developing a talent pipeline, click here.

“There’s a huge demand for people to go into jobs like drivers, warehouse managers, supply chain, sorting, receiving, shipping,” says President Lou Ramondetta. “They don’t get a lot of attention, which is sad because they’re typically very good high-paying jobs.” He’s hired about 30 people through his apprenticeship program and is looking for apprentices in business development, management and office administration.

After the vacancy rate for IT professionals in state agencies hit almost 19 percent, in December 2019, a few agencies partnered with Sacramento-based union SEIU Local 1000, American River College and IBM to pilot an apprenticeship program that’s training in-house staff to write code for its mainframes. The pilot will turn out its first cohort of 13 apprentices next March, says SEIU 1000’s Sarah McGinn.

Should Companies Take the Plunge?

Expansion of programs like San Joaquin County’s will depend on getting private employers interested. Companies that hire students under the grant would get a $2,000 hiring incentive. They can put together a curriculum that turns out people with skills that exactly match their needs, says Knapp. In the IT apprenticeships, employers pay $14 an hour for the participant’s first 500 hours, which increases progressively to $18 an hour by the end of the three years.

“Companies like us, we’re dying to hire people who are educated, quality technical people.”

“Kids are so excited that they’re going to be able to take free college classes and get a paycheck starting day one,” says Knapp. But she’s waiting for more employers to get involved so she can offer more slots.

Ramondetta says state government could do more to promote apprenticeships directly to industries rather than only to colleges and trade schools. “Companies like us, we’re dying to hire people who are educated, quality technical people,” he says. “If companies see others doing it, then they’ll do it.”

He says the paperwork could discourage some businesses. The state requires that companies maintain records of each apprentice’s training, related instruction and progress. Ramondetta has urged state agencies in meetings to figure out how to simplify those requirements. “There’s a lot involved with regard to tracking hours, tracking training, logging everything,” says Ramondetta. “We’re not like the government where we’ve got a whole bunch of people who do special jobs, administrative jobs. Whatever needs to get done, we do it ourselves.”

One of the state’s key point people says his team offers free help to businesses that want to set up programs. The Division of Apprenticeship Standards has a local office in Sacramento that offers consulting to help businesses get one going. “We can help identify what the need is: Is it just an issue of you’re having trouble bringing in talent, or is it that you’d like to upscale your existing incumbent workforce?” says division Chief Eric Rood. His consultants put employers in touch with a local community college to design the classroom instruction component — the major players in the region are American River College, Sacramento City College and San Joaquin Delta College.

At Ripon, Ellis has become something of an apprenticeship evangelist as a way to grow staff skills. “Honestly, I am stoked to have this program,” says Ellis. He’s now talking to some of his suppliers about adapting it for their own use. “I’ve had a lot of people get that thoughtful look and go, ‘Hmm, I wonder if this would work for me?’” he says.

The City of Sacramento is banking on the relative health of the technology sector and other insulated fields to help displaced workers get back on their feet.

In the Capital Region, educational paths are plentiful for those looking to make a transition.

Comstock’s president and publisher considers the role colleges, universities and other educational programs can play in the economic recovery.