The end of the year brings an opportunity for reflection, and for newsrooms big and small that takes the form of the annual tradition of recapping the best stories over the course of 52 weeks.

Comstock’s is no exception. Last year — as in years prior — we shined a spotlight on the best of the best: business insight and original journalism that our readers only get when they pick up a copy of the magazine or log onto our growing website.

We’re carrying on the tradition of highlighting the best of what Comstock’s brought in 2019, but with a twist. In prior years, we’ve compiled our lists based on which stories were popular with online readers — in other words, what readers clicked on the most. This year, our team of editors chose 10 stories they felt best reflected how Comstock’s covered the Capital Region in 2019.

As we carry into our 31st year of publishing original business journalism for the Capital Region — yes, we celebrated our 30th anniversary in 2019! — we felt these 10 stories were worth a special mention. They include a feature on four women entrepreneurs who found almost immediate success in an industry typically dominated by men; a lengthy story examining the challenges of rolling out 5G broadband internet in Sacramento; an overview of a law aimed at securing more roles for women in corporate boardrooms; a broad look at how The Railyards project will transform downtown Sacramento beyond the inclusion of a Major League Soccer team; and stories that take a deep dive into how firefighters and farmers are adapting to the evolving threats brought on by climate change.

And for the first time, our team of talented designers selected what they consider the top three Comstock’s magazine covers of this year. You can see their picks by clicking or tapping here, and if you want to see which print and web stories were popular with readers based on our web traffic, just click or tap here. 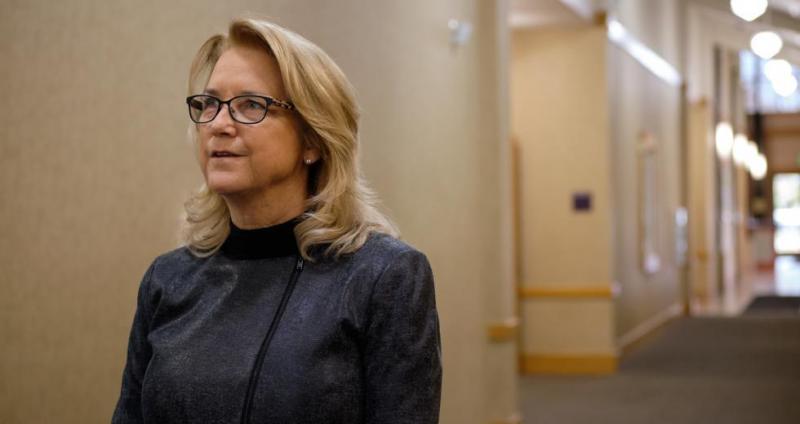 A new state law took effect this year that required female representation on the boards of publicly held companies that operate in California, with more than 1,000 positions needing to be filled by women over the next four years. Proponents of the measure said it wasn’t intended to force companies to bring on token women in order to meet a quota, but rather encourage businesses to dig deeper to find qualified women who are able to fill board roles; critics of the law said it was unlikely to hold up against legal challenges. Contributor Steven Yoder took an in-depth look at the measure and spoke with experts who offered advice for women seeking board positions. 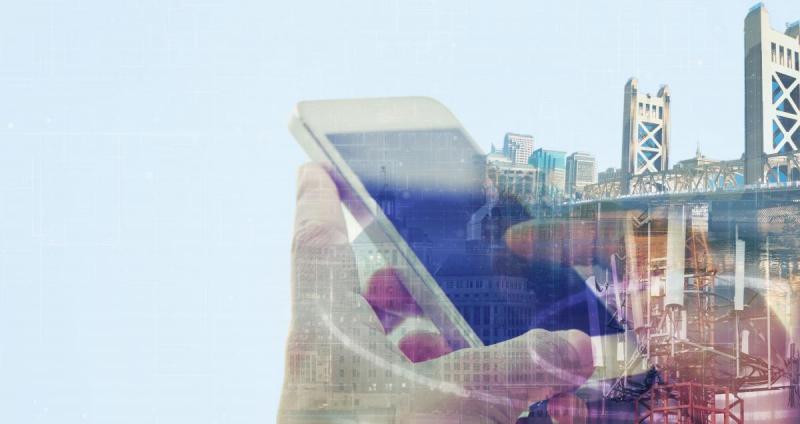 More than a year after the City of Sacramento announced a blockbuster partnership with Verizon to deliver 5G wireless internet throughout the city, more than 90 percent of the city’s population wasn’t able to tap into the upgraded network. Contributor Russell Nichols spoke with city officials who seemed satisfied Verizon had fulfilled many of the terms of its $100 million partnership. But he also found flaws in the rollout of 5G in Sacramento — those who can access it are connecting to nodes that don’t meet international 5G standards. And thousands of additional wireless nodes still need to be installed so those who can’t access it can. 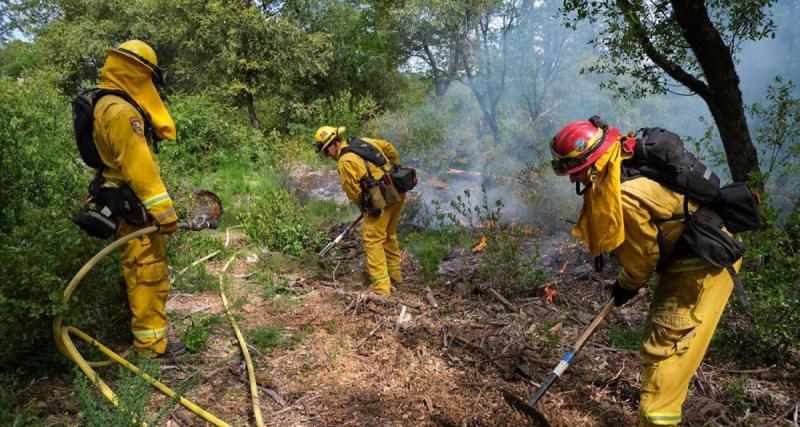 The nation’s approach to combating wildfires has historically focused on fire suppression efforts, but the recent devastating wildfires in California fueled in large part by climate change has forced firefighting experts and lawmakers to refine the approach. Now the state is focused on a mixture of controlled burns, thinning and a restoration economy, an ambitious plan that takes a combination of public-private partnerships and political might to pull off. Managing Editor Sena Christian spoke with representatives from the U.S. Forest Service, Cal Fire, other agencies and companies in the private sector to figure out how this ambitious firefighting plan will come together. 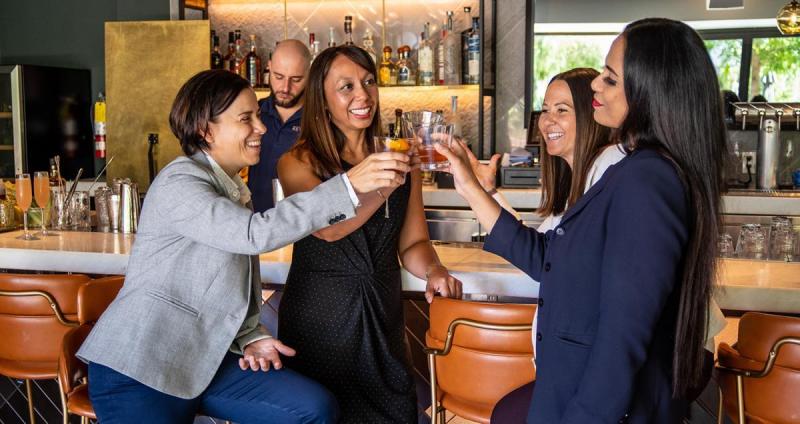 In 2016, four women in different careers came together to form a new brand of whiskey, breaking into an industry typically dominated by men. Three years later, the women behind Legado Whiskey in Sacramento earned a spot for their product in more than three dozen stores across the region. Now the team behind the startup is aiming to transform their brand into an internationally recognized one. Comstock’s contributor Jennifer Fergesen spoke with the team behind Legado Whiskey, examining their local roots and exploring what comes next for the company. 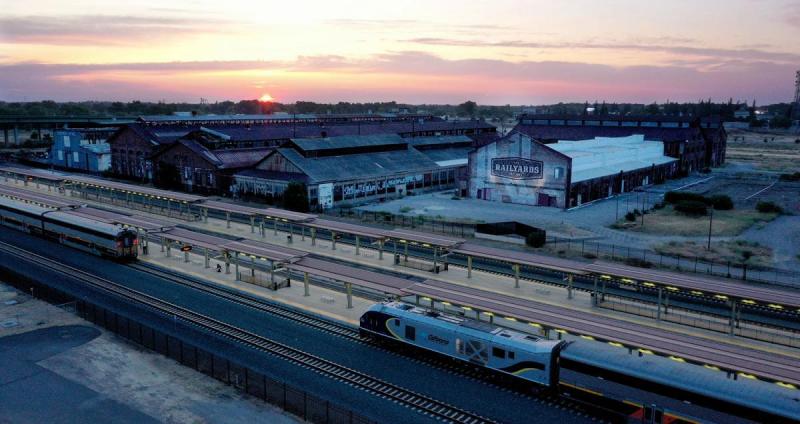 At The Railyards, It’s Full Steam Ahead
By Graham Womack » Published Aug. 13

At publication time, Sacramento was on the verge of becoming the next Major League Soccer team. But the story went beyond the upcoming soccer team and its blockbuster stadium, focusing on additional projects at the historic Railyards site that will include affordable housing, government buildings and a new hospital. Contributor Graham Womack spoke with Mayor Darrell Steinberg and other city leaders to develop the 30,000-foot picture of how this giant infill project will expand and radically transform downtown Sacramento. 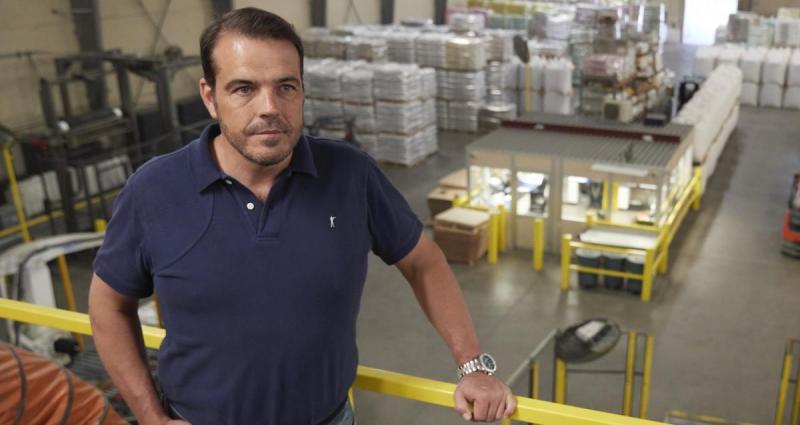 The Growth of Rice
By Judy Farah » Published Sept. 13

The California rice industry contributes more than $1.3 billion to the state’s economy, and 95 percent of the crop is grown within 100 miles of the Capital Region — including all of the sushi rice used in the United States. Contributor Judy Farah profiles several cultivators of rice and examines how their companies are helping to meet the growing international demand for the crop. 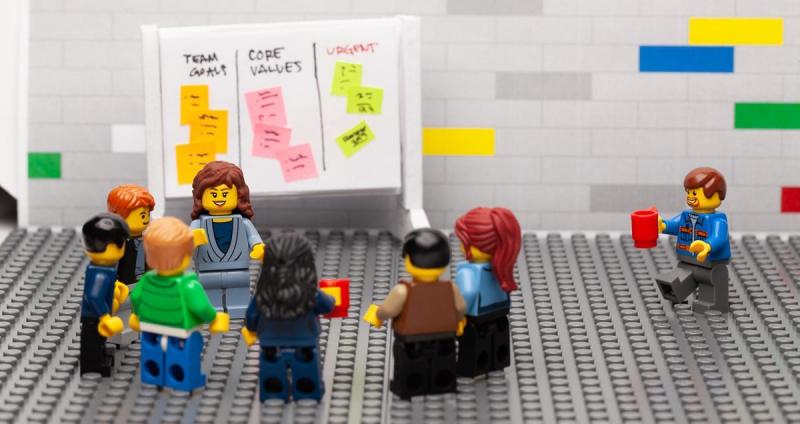 A survey of thousands of employees found “too many meetings” to be the No. 1 office time waster. Yet meetings are an essential element of any company. Comstock’s contributor Jeff Wilser spoke with industry experts who offered insight and tips on how to conduct better, more productive meetings through the use of goal settings, time limits and tactics that expand inclusivity. 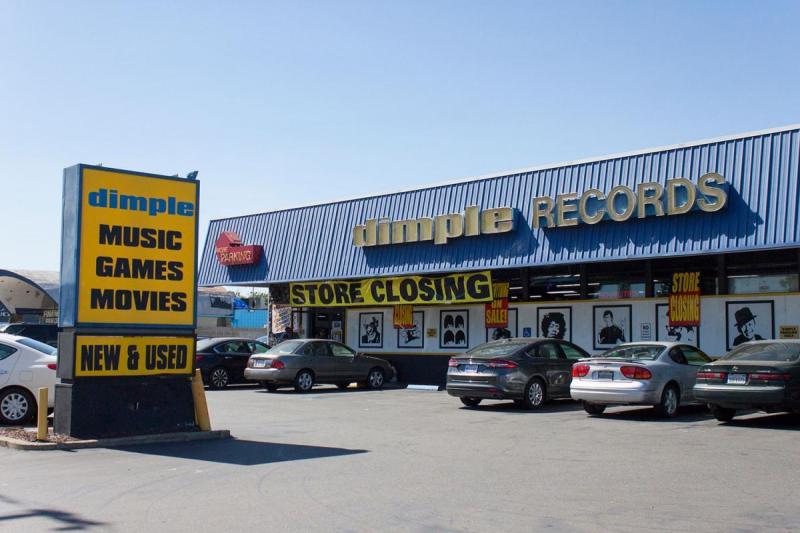 In July, Dimple Records cofounders John and Dilyn Radakovitz announced they were closing their regional music retailer after more than 40 years of business. As the stores were winding down, Comstock’s Digital Editor Matthew Keys spoke with the Radakovitz family to learn the history of the business, how it adapted with shifting industry trends, why the owners chose 2019 to close up shop and how various elements of Dimple would serve as the launch point for son Andrew Radakovitz’s new buy-sell-trade business in Folsom. 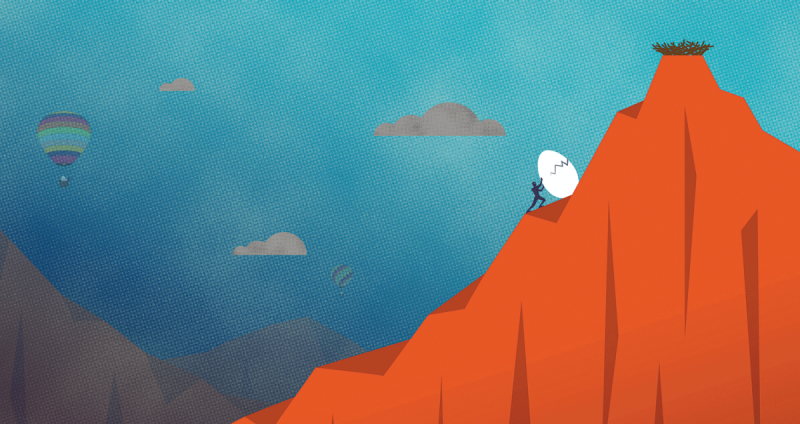 How Safe Is Your Pension?
By Steven Yoder » Published Nov. 18

The State of California’s public pension systems — notably, CalPERS and CalSTRS — have received a significant amount of media attention and analysis, with experts agreeing that some kind of public pension crisis is on the horizon. The state of private pensions, however, appear to be on even shakier ground, with federal lawmakers weighing opportunities to step in and rescue many of them, including some involving Sacramento-based companies. Smaller pensions, on the other hand, appear to be more stable — even growing. Experts who spoke with contributor Steven Yoder said employees should keep a close watch on how their employer’s plans are doing, offering tips on how workers can keep themselves financially protected. 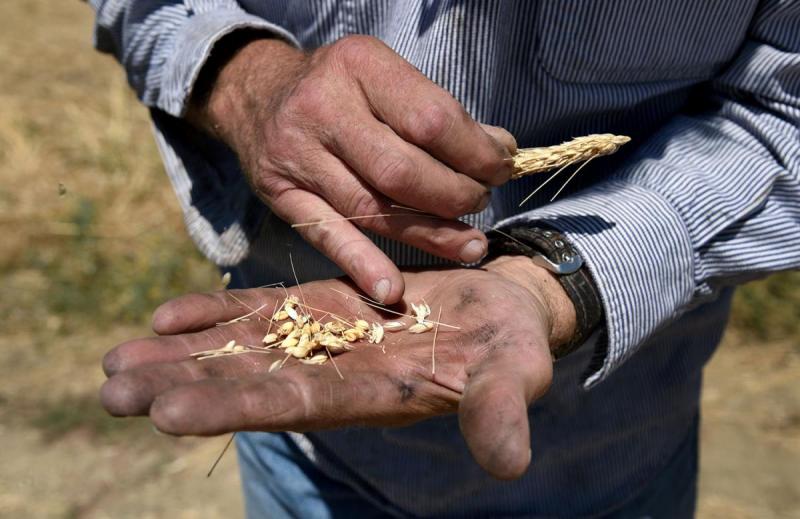 Part of this year’s Innovation series, Managing Editor Sena Christian spoke with farmers throughout the Capital Region to learn how they’re using progressive approaches to cultivation as the effects of climate change — everything from floods to heat, pests to disease — continue to impact their industry. 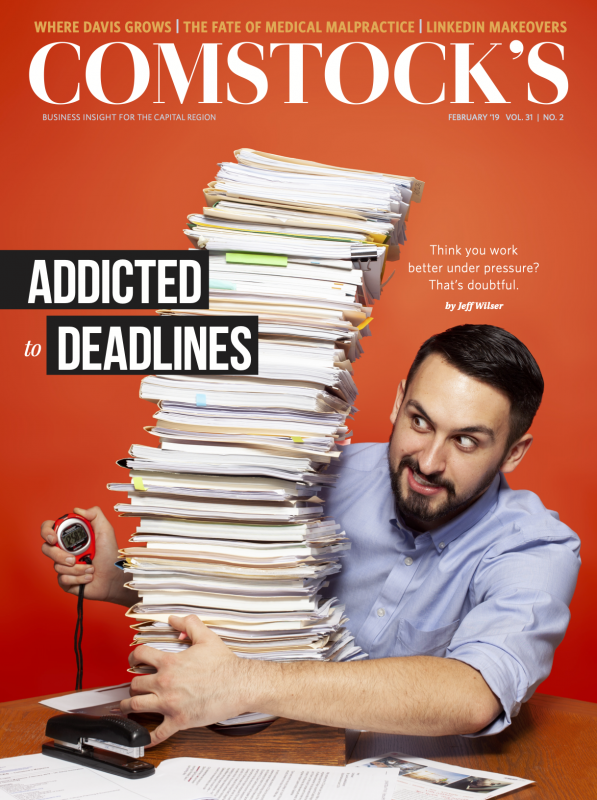 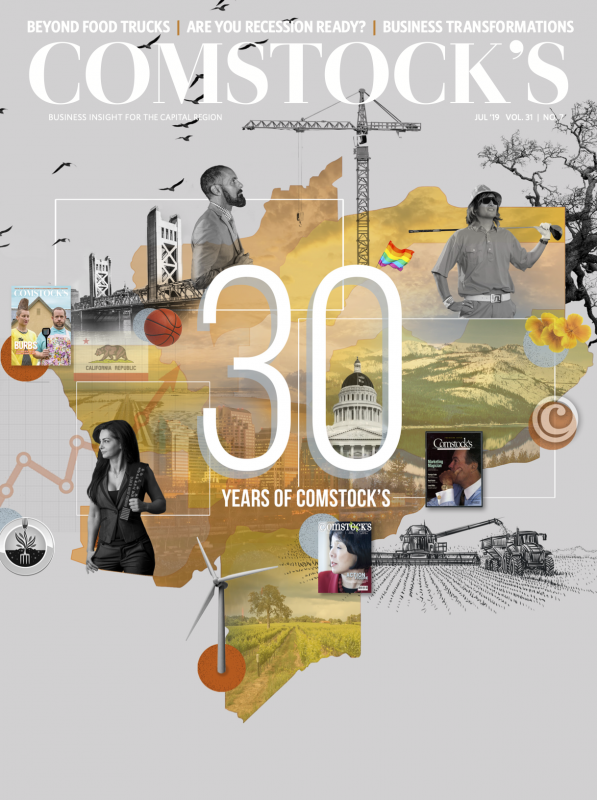 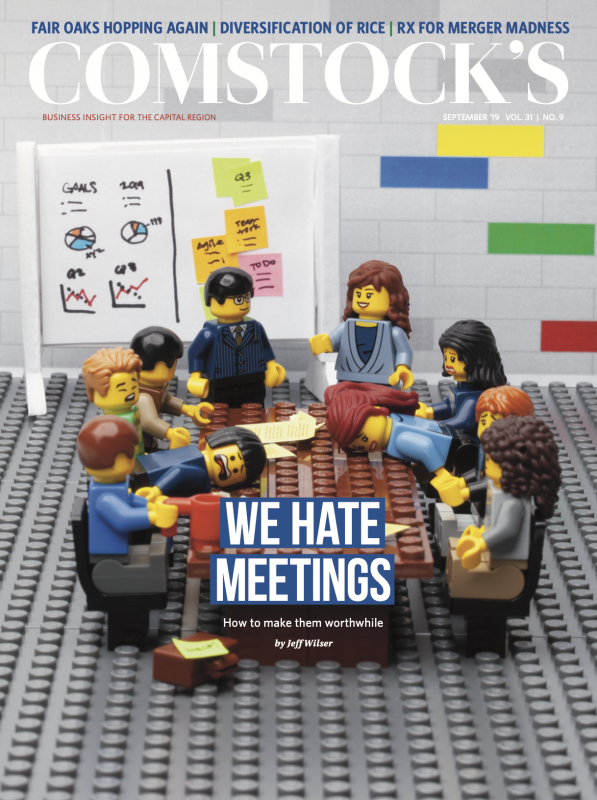 Rotate Your Device:
This content is designed to be viewed in a higher resolution. Simply rotate your phone or tablet 90 degrees in either direction to view it.

Resolve to know more: Comstock’s connects you with the best original journalism and business insight from across the Capital Region. Sign up for our free e-newsletter; connect with us on Facebook, LinkedIn, Instagram and Twitter; and renew or start your print subscription online today.

Much appreciation for 30 years of (com)passionate journalism, covering what really matters in the Sacramento region. Best wishes in describing, discussing, debating and defining the next decade's voices and dramatic changes and challenges of diversity and inclusion, innovations, demographics, education, environment, policy and laws, faith and wisdom traditions, housing and homeless, workforce and workplaces. We are Sacramento. This is who we are. Together.