The whole DIY video tutorial trend might be good if you want to concoct a hair conditioner with condiments, practice putting on lipstick with crayons or make pencils float in midair. But if you’re trying to brew your own beer at home, you’re going to need a bit more than a six-minute YouTube clip.

In addition to an at least moderately savvy instructor telling you how to avoid burning down your kitchen, you will also need:

Mike Costello knows this from experience. Twenty-five years ago, long before he became a brewpub owner in Sacramento, he used to make batches in his kitchen from scratch. When he started Brew It Up, he wanted to bring that “personal brewing concept” to the public. Basically, customers could come in and make their own beer using his equipment. (Why burn down your own kitchen when you can practice on someone else’s!)

“Until you’re a fairly seasoned home brewer, the process can be intimidating,” he says. “Not everybody has that friend down the street who’s been brewing for years.”

His brewpub closed in 2011. But now, amid an explosion of craft breweries in the region, Costello’s back in business. As manager of Yolo Brewing Company, which opened in June, he believes his hands-on concept will stand out in this hot market.

So how does it work exactly?

First, the basics: To make beer, you heat x-gallons of water and then add malt barley. The heat releases malt sugars, which is boiled with hops for seasoning. But this sugar-rich liquid must be cooled down asap to get the yeast you want to ferment in there. If the temperature’s not brought down below 80 degrees quickly, bacteria and unwanted wild yeast might sneak in and throw a party, spoiling the whole batch. Once cooled, you add the yeast to begin the fermentation process. Skilled brewers, of course, add all kinds of enhancements, but this is the basic, bare-bones method for homebrewing.

At Yolo Brewing Company’s facility, you’ll see six 30-gallon kettles made of stainless steel. A steam boiler outside pushes steam at 250 degrees (all degrees in Fahrenheit) to heat these kettles. (Costello prefers steam heat to a direct fire, which will hit the kettle with 1000 degree-plus flame. “Less chance of scalding or caramelizing malt sugars during the boil.”)

For those brewing at home, he says, cooling is the tricky part. Even the best home brew setups take 30 to 60 minutes to cool a kettle of hot wort. According to Costello, that’s using a sophisticated heat exchange coil.

“Worst case scenario,” he says. “A home brewer will take their kettle, put a lid on and put it in an ice bath overnight. Your beer can become infected with spoilage organisms.”

Like other commercial breweries, Yolo Brewing Company uses a heat exchanger to transfer the hot wort to the fermenter, bringing the liquid from 212 to 75 degrees in about 10 minutes. Once the wort’s cool, you can add the yeast and your beer’s all set for successful fermentation. Throughout the process, there are dozens of recipes to refer to and a brewmaster on-site if you need guidance. After brewing, your very own “homemade” beer will be ready to drink in as little as two weeks.

And the best part? The facility has floor drains, spray hoses and hot water on demand for sanitation, so you don’t even have to clean up your own mess.

Click below for a homebrew tour, courtesy of Costello: 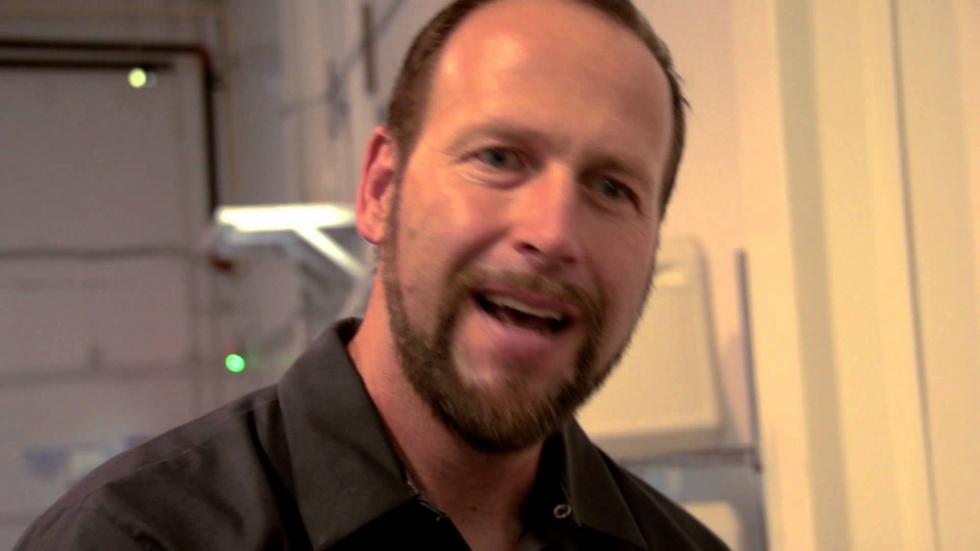 When downtown Sacramento’s Brew It Up poured its last beer in 2011, owner Michael Costello lost more than his business. “I lost everything,” he says. “Nobody really knows the whole breadth of it. It’s not an easy thing to go through.”

“I arrived in the City of Saloons,” wrote Mark Twain upon arriving here in 1866. “You can shut your eyes and march into the first door you come to and call for a drink, and the chances are that you will get it.”

Fewer than two miles from a fraternity scene marked by late-night keg stands, chugging contests and beer pong rallies is a quiet UC Davis classroom above Sudwerk Restaurant & Brewery where the next generation of brewers learn the chemistry behind the craft.