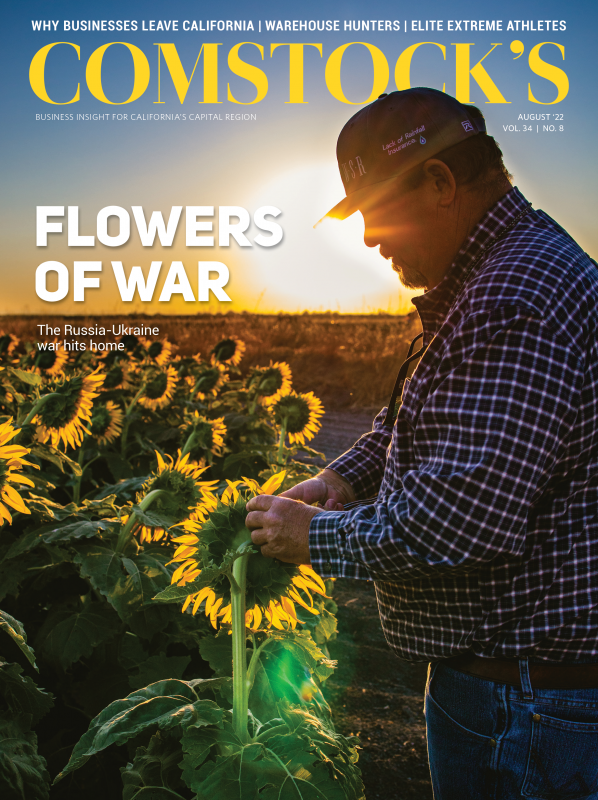 Out of two apartments in Davis and Sacramento during the spring of 1972, the landscape of food shopping in the Capital Region was changed forever.

In the early 1970s, dissatisfaction with chain supermarkets was rippling across California, with many of the more environmentally conscious seeking out options for healthier foods. Rachel Carson’s popular “Silent Spring,” which detailed how chemical pesticides were harming the environment, was a decade old, having inspired a generation and sparked the modern environmental movement.

With a goal of “good food at cheap prices in a democratic economic setting,” UC Davis college graduate student Ann M. Evans held organizational meetings in the apartment at 5th and F streets in Davis she shared with medical student Judith Feldman, hoping to reshape an existing buyers club that purchased items in bulk to keep prices down for its participants.

Under the guidance of rural sociologist and UC Davis lecturer Isao Fujimoto, the group distributed items like carrots, grains and cheese to 40 personally recruited friends within the tight-knit college community. They called themselves the People’s Food Conspiracy and insisted that produce be grown without pesticides. “Our symbol was a carrot in a clenched fist,” says Evans, who also co-founded the Davis Farmers Market around the same time.

That same spring in downtown Sacramento, another buyers group was taking shape in freelance writer William Mueller’s N Street apartment, which was located a few blocks from a print shop they used to pick up bulk organic food items. Tired of only being able to buy grains in 50-pound sacks, the half-dozen downtown residents decided they “needed a more formal approach,” Mueller says, and they opened a small, admittedly shabby storefront on 16th Street just off P.

That “hippie-dippie grocery store,” as another organizer, Mike Savino, described it, was called the Sacramento Natural Foods Co-op, a name that endures today. Rent was $50 a month and the group began selling bulk, non-perishable items to its customers.

“I still remember the wooden floor was all cracked and dirty. I don’t know how we passed the health inspection even if we had one,” says Savino, who was working for the state in the health care sector at the time. He ended up writing the co-op’s articles of incorporation.

The Davis Food Co-op is celebrating its 50th anniversary this year, while Sacramento will officially note that milestone next year, marking the date it began incorporation efforts in October 1973, says Stacie Larkin, who has been with the Sacramento co-op for 20 years. Both co-ops are reminders of a consumer-driven movement a half-century ago that changed the way people shop, pushing supermarkets into offering more organic options.

Early 1970s were the boom years for food co-ops

Fifty years ago, in addition to Davis and Sacramento, there were several other cooperatives becoming established throughout Northern California in cities such as Berkeley, Richmond, Woodland, Chico and Grass Valley, says Mueller, who edited a newspaper at the time called Natural Food News.

“I visited co-ops all up and down the state, particularly the one in Chico,” Mueller says. “That was part of the research I did just to get some ideas. How do you run a co-op? What equipment do you need? Everybody had different ways of how to buy and distribute food.”

Food co-ops are community and member-owned grocery stores, independent of the larger corporate store chains. Cooperatives focus on buying from local farmers while emphasizing environmental and social responsibility, adopting the “farm to fork” philosophy years before the term became popular. Members generally participate in the operation of a co-op by volunteering, electing its board of directors and then receiving discounts or other perks.

After several years operating as a formal buyers club, the Davis co-op came to serve about 300 households and quickly outgrew a number of temporary spaces, Evans says. In December 1976 the group took $5,000 in capital — turning down a bigger investment from a company that would have limited their independence — and opened a 500-square-foot Davis store with an all-volunteer crew on L Street. Incorporation efforts began (they weren’t officially finalized until 1981) and the first bylaws were written in 1978, around the same time its first paid staff members came on board. The fast growth prompted a move into the second store — a 2,160-square foot facility just a few blocks away on G Street.

David Thompson, who had helped develop co-ops all over the world, met Evans at a conference in 1978. They married in 1981 when Thompson moved to Davis and became involved with the co-op. He became the longest-serving member of the board with 17 years of service, leading the effort to move into the G Street store. He also later worked to change member costs from $10 for a lifetime membership to $10 per year, requiring a $200 commitment.

“We needed capital — the co-op had no equity — and that was the only way to convince the bank,” Thompson says. Today, members pay $20 per year, with a $300 commitment.

The Davis co-op moved into its current 17,000-square-foot location on G Street in 1984, taking over a store formerly occupied by Safeway. It has undergone several renovations since then, the last coming in 2018. A carrot and tomato statue created by local artists, depicting the symbols that have always defined the co-op, greets visitors entering the store.

Evans, who later served in the first administration of Gov. Jerry Brown, where she ran the Department of Consumer Affairs’ Consumer Cooperative Development Program, was also a Davis City council member and mayor. At the co-op’s 50th anniversary celebration in May, she said, “We’ve come a long way from an infant buying club operating out of my living room to a supermarket that we own, with almost $19 million in annual sales, a little over 8,000 active member owners and over $3 million in ownership assets.”

A friendly bet on who would hit $1 million first

Sacramento, even with its much larger population in 1972, began more modestly than Davis, but grew steadily. Both Evans and Mueller remember they had a bet about who would first hit the $1 million mark in annual sales, and Davis won by reaching the number in mid-August 1982. Mueller attributes Davis’ fast start to its smaller, more centralized population area, while Sacramento initially was focused on its downtown, less affluent residents.

“Originally we were drawing from what you would call at the time the hippie population,” says Mueller, who acted as the store’s first manager. “But it was a pretty good location, and we had a fair amount of foot traffic, but basically it was all word of mouth. Eventually, we made enough money so that we could finally think about getting a bigger place.”

The Sacramento moves continued, first into a larger space in 1974 on Freeport Boulevard, then in 1989 to Alhambra Boulevard at the corner of S Street, doubling its size and employees while adding a fish, meat and poultry counter and wine and beer. The store has offered an all-organic produce section since 2000. A second store in Elk Grove, however, lasted only about two years, from June 2004 to January 2007, after not reaching anticipated sales numbers.

Sacramento moved into its current 47,000-square-foot store on R Street in 2018. Today, Sacramento is one of the largest single-store co-ops in the country, with $48 million in sales last year, more than 11,000 members and around 200 employees, Larkin says. A full share membership is $300, or $25 every six months until the $300 is reached.

Today, food co-ops are commonplace, with almost 170 in the National Co-ops Grocery System. Non-members can shop at nearly all co-ops, including those in Davis and Sacramento, and they’ve become a popular alternative to mainstream supermarkets. Fifty years later, has the spirit of 1972 held up?

“I think the co-ops are built on this whole foundation, and having these founding philosophies,” says Larkin. “Co-ops work together; co-ops support their communities. That’s what makes it different from traditional businesses. Our members invest in us, and they reap the benefits of the business.”

Evans says her early days forming the Davis co-op dramatically shaped her life. “We always say we were food rebels who were UC Davis students,” Evans says, adding that the co-op was one of the first UC Davis student-run businesses. “We wanted to change the food system and I’d say, together with the movement at the time, we were somewhat successful.”

Correction August 16, 2022: A previous version of this article misidentified the statue in front of the Davis Food Co-op. It is a tomato, not a carrot.

Lol, there are statues of a tomato AND a carrot in front of the Davis co-op

Across the Sacramento region, food truck owners are riding their mobile success into more stationary ventures, from sit-down restaurants like Culinerdy Kitchen to food-court outposts and drive-through kiosks.

The pop-up model allows independent chefs to experiment with new concepts and creative menus without investing in overhead.

These Capital Region butcher shops are family-owned businesses that offer meat from high-caliber livestock and the magic of housemade marinades.

For these chefs, cult followings are built through next-level broth, experimentation and a healthy dose of nostalgia.

Capital Region restaurant owners with mixed backgrounds are channeling their points of view into creative dishes.