Ken Deaver climbs out of a dust-blown pickup truck and yanks his big straw hat against the sun. He’s about to go stepping through a maze of living history.

A breeze rushes through the burly grape vines ahead of him. They’re not like other vines here in Plymouth’s Shenandoah Valley; they rise off the ground like the spouts of fountains. Passing generations have made them gnarled and knotted into tortured arms that reach for the sky. A native son of the valley, Deaver has been farming its uneven ground for most of his life. But this rare vineyard has been on the earth a lot longer than he has.

Deaver is wandering through a block of mission vines at his winery, Deaver Family Vineyards, that his family planted back in the 1850s. (Based on historical archives, Deaver estimates that the first planting took place in 1853, which would place it among the oldest vineyards in the state.) The reason a few of its vines are jutting over his head is that they’re survivors. Blight, pestilence, drought, deep-freezes — nothing yet has done in these budding tributes to the frontier. And it’s a good thing. This is one of the last working mission vineyards in the Golden State.

Mission grapes mark the genesis of California’s wine legacy. It’s well-established these vines for sacramental wines — the wines used for the Holy Sacrament in the Catholic Mass — were the first varietal planted in America in the 1760s, carried here by Franciscan friars to their adobe compounds in New Spain. However, the deeper origin-point of their cuttings had long been an enigma.

In 2007, genetic researchers in Madrid used new DNA techniques to unravel the mystery. What they found was that the mission grape’s backstory involved more travel, travail and endurance than anyone guessed. 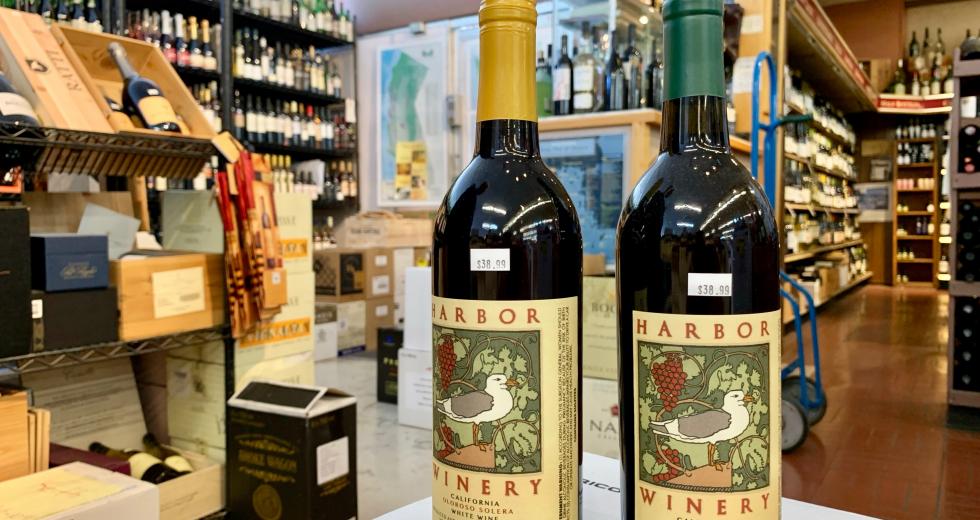 Darrell Corti, whose family opened Corti Brothers market in 1947, has been hailed as Sacramento’s top wine importer and one of California’s ultimate tastemakers. Along the path to gaining that reputation, he developed a bit of an obsession with the mission grape. Corti has read everything he can find about the mission grape’s obscure beginning.

Spaniards grew mission grapes in the Kingdom of Castile, a powerful state in what is now northern Spain, since at least the 1500s. They later planted it on the Canary Islands, an archipelago off the coast of northwestern Africa, as their empire grew. “That’s where missionaries stopped for water before arriving in the New World,” Corti explains. “When they left the Mediterranean basin, the closest place they could find water was either the Canary Islands or Madeira.” Missionaries took cuttings from these island vines to the New World.

Corti adds, “They planted these grapes in California because they could grow here, and they needed it to celebrate Mass: In the old time, you had to be really practical instead of being picky.”

It was serendipitous that they gave these vines a second home in the Canaries since the phylloxera epidemic of the 19th century mostly wiped out the varietal across the Iberian Peninsula. The volcanic soil of the Canaries helped save it (phylloxera, an aphid-like insect, has trouble living in the ashy soil of volcanic regions), but so did adventurous men of the cloth. Because they took mission cuttings on their voyages into the unknown, the grapes were soon bathing in the sun at Catholic outposts in California.

Deaver’s own vineyard was planted a few years into the California Gold Rush. He attributes mission grapes’ lasting power in Amador County to the rise of large, industrial gold mines in the 1860s. Those outfits brought scores of Italian and Serbian immigrants to work deep below the ground.

“Being in a dusty, dirty area that was really confined, the miners had trouble with dust, and when they got home, they needed something to cleanse their throat,” Deaver says, “and a lot of them were accustomed to wine. So they would take a mission grape, which we have, and they’d blend it 50-50 with a zinfandel grape, which we also have.”

Mission grapes, Deaver says, yield such a gentle, low-acid effect that they don’t need to be barreled for long periods to mature into a decent drink. “They didn’t wait any two or three years to drink this stuff,” he notes of the miners. “They drank it just as quickly as they could.”

Early in his career, Deaver occasionally sold mission grapes to other wineries. However, after zinfandel and barbera became king in Amador, he seriously considered uprooting his mission block. His wife, Jeanne Deaver, put a stop to that notion right away.

“My wife about hit me over the head and said, ‘Something that lives that long and is that old; there’s no way a young whippersnapper’s gonna do that,’” he recalls with a laugh.

Modern wines from the oldest vines

Other mission vineyards in Amador didn’t have Jeanne Deaver looking out for them over the years. A perennial block was torn out when the rancher who owned it passed away. Another on Shenandoah Road, which was still producing mission wine until three years ago, was recently uprooted after a new owner bought the property.

One evangelist in the valley who’s never considered doing such a thing to its historic vines is David Dediachvili, who purchased 49-year-old Story Winery in 2019. He hails from the nation of Georgia, which archeologists believe has the oldest winemaking tradition in the world. Dediachvili’s approach to his mission block that was planted in 1894 has elements of the Hippocratic Oath: First, do no harm. He currently has Story’s longtime winemaker, Robert Campbell, continuing to make a straight, classic red mission wine. That’s unusual. The few wineries left fermenting mission grapes are mainly using it for sweet, fortified dessert wines.

Today, the Deaver and Story blocks are on a viticulture island. The once-bountiful mission grape has all but disappeared from the West. The two wineries represent proud but stubborn holdouts — small operations trying to find commercial success by championing a vanishing piece of the past. For Dediachvili, showcasing these oddities of yesterday amounts to a personal conviction.

“It’s the beautiful culmination of all the Old World winemaking with the very first wines that have been growing on the continent here.”

“It’s the beautiful culmination of all the Old World winemaking with the very first wines that have been growing on the continent here,” he reflects of his mission bottles. “It’s one of the reasons I really fell in love with the place.” Much like Deaver’s plot, Story’s timeworn vines continue to produce vino offering a sense of the valley’s earliest days.

A bottle of Story’s 2019 Mission Red has a crisp, easy earthiness in its contours, with soft hints of cinnamon through the body and a gentle ghost of strawberry on its finish. “It’s a very special wine,” Dediachvili admits. “These days, people coming here love the history behind it.”

Another winery making a straight red mission wine up the hill is MiraFlores. Veteran winemaker Marco Capelli gets his grapes from Deaver and loves working with these relics of California legend. His Mission Red has a light, layered warmth under inflections of vanilla and brilliant cherry flourishes. Capelli has also been making a Mission Angelica, which is closer to the wine’s religious roots. It brings the grape’s soft profiles into smooth-coating layers of something like grape honey.

“The Mission Angelica is a total throwback to the Gold Rush, and the old mission days back in the 1700s,” Capelli says. “In 1995, I first made Mission Angelica from Ken Deavers’ vineyard, and you almost feel like you’re walking along the redwoods — you’ve got that feeling of sacred ground.”

As for Deaver, his winery eventually started making a mission dessert wine called Golden Nectar. Each year, it remains one of his favorite bottles to produce. Golden Nectar has that tasty, smoldering sweetness of an angelica, yet with more gradually blooming nuances, along with a hint of stone-fruit freshness.

Deaver’s longtime pal, Corti, is glad that the few remaining mission vines in Amador are yielding products for the market. Asked what makes the vines so special, Corti answers with no hesitation: “The fact that they’re still here.”

Growing the Table is a statewide initiative that connects farmers from underserved communities with families in need.

Disruptions come with a price, whether it be a disappointed customer, a lost market share, or high costs — inflation — when supply and demand are out of balance. Comstock’s president and publisher reflects on how inflation is impacting our communities.

Inflation impacts every aspect of our life, but these challenging times can also offer opportunities, even for those with limited expendable income.

Both the Davis and Sacramento food co-ops have expanded exponentially since their inception in the early 1970s, when they primarily served ”the hippie population.” Fifty years later, has the spirit of 1972 held up?

Yolo County’s most photogenic crop is facing a barrage of challenges, including supply issues related to the war in Ukraine, global currency volatility and drought.

In a year of rising costs, farmers have quality as an advantage. Still, farmers market vendors and shoppers are struggling to stretch their dollars.